No products in the cart.

Return to Previous Page
Out
of stock

Simply, we put ingredients in that first provided power, endurance and energy benefits, and then an ingredient that increases the absorption rate into the blood stream. This means a lower dosage can be used for the same benefit. What you will feel from using this supplement is the ability to sit on that lactic threshold limit for longer, and feel more powerful when intensities are higher.  You will also feel a consistent energy boost that won’t result in a crash.

We have had 20 of our athletes from various sports test this supplement and everyone has loved it, remarking that they can push harder for longer during training and racing.

Ingredients and their functions

Citrulline Malate – This supplement is an amino acid that comes from watermelons and has been found to have anti-fatigue properties. Many studies have also shown improved performance when used daily. One study found a 34% increase in the rate of ATP production during exercise and a 20% increase in phosphocreatine recovery after exercise.  Citrulline Malate has also been found to increase the amount of bicarbonates in the blood stream, which helps to buffer lactic acid and protect against acidity of the blood.

Beta Vulgaris Extract – Sourced from beetroots. You may have heard that most of the AIS athletes drink a drink called “beet it” before they race. This is because of a study that found drinking beetroot juice before exercise increase vo2max and time to fatigue. Beta Vulagris extract from the beets is the specific substance that causes these performance gains.

Acetyl L- Carnitine – This is an amino acid that is made in the liver. Supplementing with this has been shown in studies to enhance endurance, increase fat metabolism (more fat burned while training and racing instead of glucose therefore enhancing time to fatigue)

Ginseng – This herb has been used for centuries by the Chinese to increase energy, and is now making its way into athlete performance enhancement. More energy and more focus is what this herb is great for.

Idebonone – Idebonone has all the functions of the popular Co Enzyme Q10 but with some extra benefits. This ingredient is vital for producing ATP (energy) in the cardiac and muscular systems.  Using this will help assist with endurance training and recovery, and to fight free radicals which athletes build up. There are many studies that have been done on CoQ10 but one that sticks out the most is where 94% of athletes felt and improvement in performance after using this ingredient. This is my favourite supplement to take.

Bioperine – This ingredient increases the bioavailability of the others ingredients which means better absorption and greater effectiveness.

Thank You!
Add to Wishlist
Email to a friend
Categories: Accessories, Hydration & nutrition 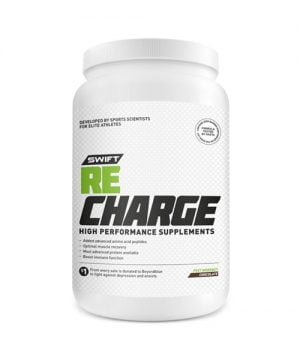 ReCharge was developed by Exercise Sport Scientists using the highest quality ingredients to enhance your athletic performance. ReCharge accelerates your muscle recovery and growth so you can recover faster from training and competition.

*$1 from every sale is donated to Beyond Blue for depression and anxiety.

This protein is the fastest absorbing of all protein powders. The protein is broken down into peptides which are absorbed faster than standard whey proteins. This means you can digest the protein faster and your muscle can use the protein and recover/grow faster. Studies have show that hydrolyzed whey proteins are superior for muscle recovery over other proteins and also help to increase glycogen stores in the muscle both essential for power and endurance athlete alike.

Colostrum is found in cow and other mammals milk that is used to help new born calves rapidly grow and increase their immune function. Colostrum contains high amounts of amino acids, vitamins and immunoglobulins to accelerate recovery and increase immune function. One of the big reasons besides enhanced recovery for adding colostrum is athletes are more sustainable to catching colds and flues due to intense training. With this unique ingredient there is less chance of getting sick delaying training and recovery.

Studies have shown that high amounts of BCAA and Leucine increase recovery by signaling the muscle activator mTOR to repair muscle tissue. ReCharge uses the most advanced Leucine and BCAA available in peptide form which is absorbed faster. The peptide form leuince has been found to increase muscle recovery over the standard leucine.

Lactoferrin is another very useful protein for athletes that aids as an anti inflammatory and increasing immune function. Both very important for hard training athletes and sports people.

A simple enzyme to aid in the digestion of proteins for optimal protein utilisation.

Take one 40g scoop of ReCharge with water or low fat milk after training or competition.

The Burgtec BMG Mudguard is a simple solution to keep the spray down when the weather is against you.

Just simply attach the guard with zip ties to the underside of your fork bridge and fork legs and you’re ready to go. 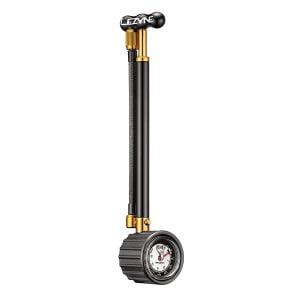 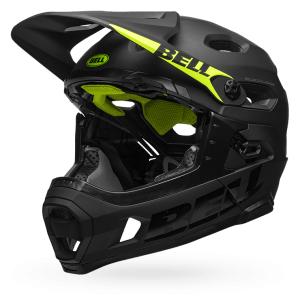 The Bell Super DH with MIPS is a helmet that is designed not just to look great and suit a wide variety of riding (nailed it!), but importantly it is absolutely brimming with safety features.

First off, the integrated MIPS for unparalleled impact protection and the 360 wraparound chin bar is able to satisfy some of the most rigorous safety standard testing while still being easily removable.

Since Bell Super DH MIPS is designed with downhill riding in mind, there’s a huge eyeglass / goggle-friendly eyeport, and of course a snap-in camera mount to capture your shred-sesh. Add on an adjustable-height visor, Overbrow Ventilation and X-Static padding – the Bell Super DH MIPS helmet is a high performance, safety-focused helmet that doesn’t compromise on comfort or style while keeping your head secure. 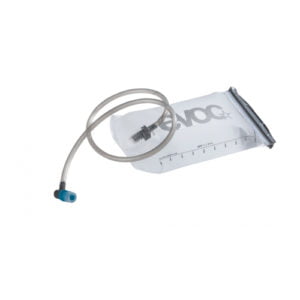 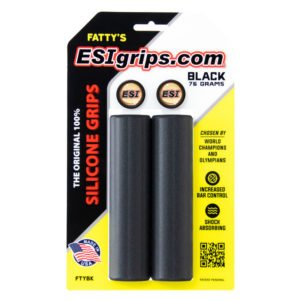 Once you go ESI you never go back… 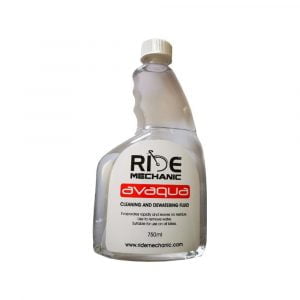 Avaqua is a multi-purpose cleaning spray and polish which leaves no straking or residue upon evaporation.

Avaqua is a multi-purpose dewatering fluid and cleaner for use on any bike.  Particularly useful on disc rotors and rim brake surfaces, to prepare surfaces for sticker and bar tape adhesion and to clean oil or grease spills.  Dries rapidly after cleaning and leaves no sticky residue.  Safe to use on carbon, rubber and alloy parts.

“How To Use” video embed below, or on YouTube.
AVAQUA is an excellent cleaner and dewatering fluid which is perfect for: 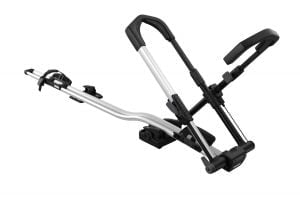 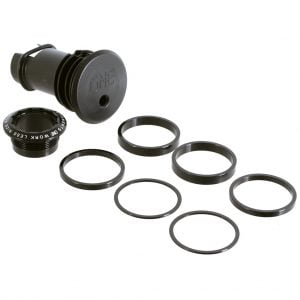 The EDC Cap Kit includes the worlds lightest headset top cap (4.2g), and an EDC steerer plug with drain hole which keeps crud out of your steerer. Full Face Helmet – LEATT MTB GRAVITY
Super Ventilated Full Face Head and Brain Protection Renowned for its ventilation and comfort, this all-purpose MTB helmet is fitted with 360 Turbine technology, offering great protection at a fair price. This fully ASTM DH certified helmet is the go-to helmet for enduro and bikepark riders. Uphill, downhill, upside down, E-bike or trail - you name it, the MTB4.0 has you covered. The full-face design with removable mouth piece offers outstanding ventilation and its convenient Fidlock® buckle makes life just peachy! We all crash. Sometimes hard, and sometimes even harder! There is a solution to minimize the risk of a head and brain injury, however – go and get the best helmet you can find that reduces both rotation and impact energy to your head and brain! Our helmets feature 360 ̊ Turbine Technology, the helmet is lined with turbines which are 360 ̊moving discs constructed from an energy-absorbing shape and material, this tech has two exclusive advantages, namely the reduction of rotational acceleration to the head and brain and the absorption of energy upon impact at concussion level. So, the next time you crash, see to it that you are protected by the best!
$399.95 Select options 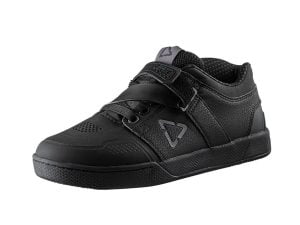 Leatt Shoe DBX 4.0 Clip
CASUAL CLIP-IN RIDING The most comfortable performance mountain bike shoe you will ever wear! The DBX 4.0 is a clip shoe featuring a deep 25mm long cleat channel, offering stability as well as more adjustment options to get the perfect riding set up. It’s quick drying material and great ventilation make it an ideal all-weather shoe for enduro and downhill riders. The Cross Strap System helps the shoe grip your foot and let’s you stay in control throughout your ride. It features a medium stiff sole, thanks to a specially developed shank which regulates torsion and flexibility. This shank is the reason Leatt shoes give you great control on the bike, but lets you also walk around with ease. What’s special about the Leatt shoe? Our secret rubber recipe is like your grandma’s hot sauce. Better than anyone else's! The unique production method offers incredible RideGrip for ultimate bike control in all weather conditions. The sole also features mud channels, which efficiently keep the mud off the soles, so that you are in conastant contact with your pedals or the ground. If you want to stay on top of the game, then you need the all new Leatt DBX shoes.
$199.00 Select options 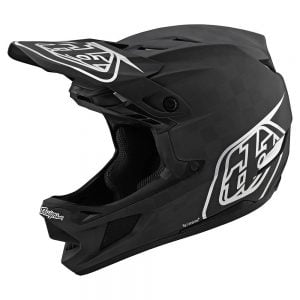 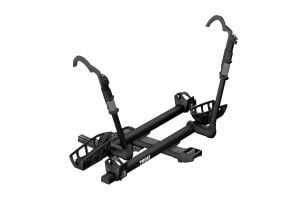